Home » All news » How Covid-19 may affect the brain How Covid-19 may affect the brain

Posted by: chief editor in All news, Health 0 598 Views

Desk,18 april:
A pattern is emerging among Covid-19 patients arriving at hospitals in New York: Beyond fever, cough and shortness of breath, some are deeply disoriented to the point of not knowing where they are or what year it is.

At times this is linked to low oxygen levels in their blood, but in certain patients the confusion appears disproportionate to how their lungs are faring.

Jennifer Frontera, a neurologist at NYU Langone Brooklyn hospital seeing these patients, told AFP the findings were raising concerns about the impact of the coronavirus on the brain and nervous system.

By now, most people are familiar with the respiratory hallmarks of the Covid-19 disease that has infected more than 2.2 million people around the world.

But more unusual signs are surfacing in new reports from the frontlines.

A study published in the Journal of the American Medical Association last week found 36.4 percent of 214 Chinese patients had neurological symptoms ranging from loss of smell and nerve pain, to seizures and strokes.

A paper in the New England Journal of Medicine this week examining 58 patients in Strasbourg, France found that more than half were confused or agitated, with brain imaging suggesting inflammation.

“You’ve been hearing that this is a breathing problem, but it also affects what we most care about, the brain,” S Andrew Josephson, chair of the neurology department at the University of California, San Francisco told AFP.

“If you become confused, if you’re having problems thinking, those are reasons to seek medical attention,” he added.

“The old mantra of ‘Don’t come in unless you’re short of breath’ probably doesn’t apply anymore.”

– Viruses and the brain –

It isn’t completely surprising to scientists that SARS-CoV-2 might impact the brain and nervous system, since this has been documented in other viruses, including HIV, which can cause cognitive decline if untreated.

Viruses affect the brain in one of two main ways, explained Michel Toledano, a neurologist at Mayo Clinic in Minnesota.

One is by triggering an abnormal immune response known as a cytokine storm that causes inflammation of the brain — called autoimmune encephalitis.

The second is direct infection of the brain, called viral encephalitis.

The brain is protected by something called the blood-brain-barrier, which blocks foreign substances but could be breached if compromised.

However, since loss of smell is a common symptom of the coronavirus, some have hypothesized the nose might be the pathway to the brain.

This remains unproven — and the theory is somewhat undermined by the fact that many patients experiencing anosmia don’t go on to have severe neurological symptoms.

In the case of the novel coronavirus, doctors believe based on the current evidence the neurological impacts are more likely the result of overactive immune response rather than brain invasion.

To prove the latter even happens, the virus must be detected in cerebrospinal fluid.

This has been documented once, in a 24-year-old Japanese man whose case was published in the International Journal of Infectious Disease.

The man developed confusion and seizures, and imaging showed his brain was inflamed. But since this is the only known case so far, and the virus test hasn’t yet been validated for spinal fluid, scientists remain cautious.

All of this emphasizes the need for more research.

Frontera, who is also a professor at NYU School of Medicine, is part of an international collaborative research project to standardize data collection.

Her team is documenting striking cases including seizures in Covid-19 patients with no prior history of the episodes, and “unique” new patterns of tiny brain hemorrhages.

One startling finding concerns the case of a man in his fifties whose white matter — the parts of the brain that connect brain cells to each other — was so severely damaged it “would basically render him in a state of profound brain damage,” she said.

The doctors are stumped and want to tap his spinal fluid for a sample.

Brain imaging and spinal taps are difficult to perform on patients on ventilators, and since most die, the full extent of neurologic injury isn’t yet known.

But neurologists are being called out for the minority of patients who survive being on a ventilator.

It’s not yet known whether the impairment is long term, and being in the ICU itself can be a disorienting experience as a result of factors including strong medications.

But returning to normal appears to be taking longer than for people who suffer heart failure or stroke, added Arora. 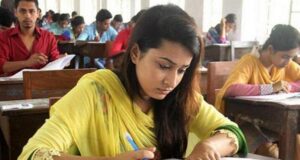 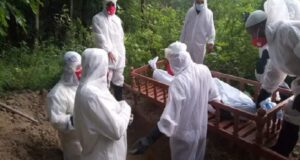 Online Report,18 Dec: Twenty-five people have died in the country from Covid-19 in the last 24 hours, according to a press release issued by the Directorate General of Health Services ...

Online Report,17 Dec Thirty-six people have died from Covid-19 in the last 24 hours, according to a press release issued by the Directorate General of Health Services (DGHS). The total ... The daily star desk: Sachin Tendulkar is confident India have the batting depth and talent to overcome the absences of Rohit Sharma and Virat Kohli in their four-test series against ...