BPSC chairman Muhammad Sadique confirmed it to shikkhabarta after a meeting at his office on Tuesday.

The viva voice of 39th special BCS was completed on 7 March after the result of preliminary was published on 6 September, 2018.

On 3 August, the preliminary examination of the 39th BCS examination took place. A total of 13,219 passed the exam out of 37,583 candidates.

The results are delayed due to a move to recruit additional 2,250 physicians. 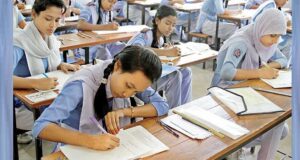 This year, you are going to end your academic session by only doing assignments. You will have no annual exam this year due to the recent pandemic. So practicing the ... Online Report,20 dec: Twenty-two accused of Bangladesh University of Engineering and Technology (Buet) student Abrar Fahad murder case have filed a petition with the High Court for transferring the case ... News Desk, bdnews24 The US Embassy will accept new appointments for the applicants for F, J and M visas from Sunday on a limited scale, it said in a notice. ...